Disclaimer: Before I start talking about the law of attraction, I should say something. If Allah wills, only then you can expect to have what you wish for!!!

Any ideas about what is the law of attraction (Manifestation Miracle is a guide on LOA)?

If not, then you’re missing out a lot in your life.

Yes, I’ll show you how to visualize your desire in your mind and then get it in reality in today’s blog post.

What is the Law of Attraction!

Imagine a world where you’re getting whatever you’re wanting! Can you dare to imagine a situation like this? If you can’t, then you can never get the things that you want.

Many people are asking several things to their God day and night and most of them can’t achieve their wishful things. But all the prophets were able to get what they would want to their God. So, what’s the difference between your asking and the prophets’ asking?

This is the difference that can make your wish a reality! Yes, believe me, that you can attract those things that you want and also try to understand that whatever you’ve right now has been attracted to you.

Let me give you an example of one of my brothers. The eldest brother of mine used to visit and live abroad. He also wanted to live a luxurious life. Not only is this, but his another wish was also to marry a foreign woman.

Now he’s been living luxuriously abroad with his foreign wife for over 40 years. One thing that I came to know that he didn’t have any doubt in his want. He used to think that he was carrying on life what he would get soon. This was the trick that led him to grab his desirable lifestyle.

I can see that another brother of mine is prospering in his business rapidly and his belief is that whatever he wants will be with him soon. So, he doesn’t think that he lacks the thing that he wants. 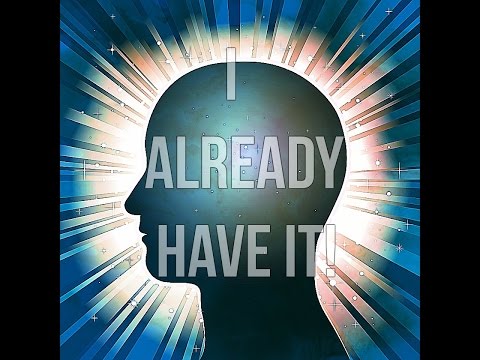 Their wish is so powerful that they never think that they will miss their desirable things. They never use any negative words. Here we face a lot of troubles. We have a lot of confusions about whether to get a thing or not. We desire to have such and such things with a confused mind.

Sometimes, we even don’t know what we really want!

So, the law of attraction reveals that if you can visualize your dreams in reality, then certainly you’ll achieve them. Suppose that if you dream that you’ll have a car next year and there’s no confusion in it, then God will surely prepare that for you.

Everything that we do needs some plans. Then plans turn into actions and so we see the results. But the problem is that we don’t focus on what we want in our life. We want something but focus on our emptiness. This is why we can’t attain most of our desirable things.

This happens the same way an architecture makes a plan for a building. First, s/he imagines a design and then sketch that on a paper. When it’s approved and handed over to masons, the building is started building. Finally, your building stands right beside you.

So, if you want something, start thinking that you have that thing in your life. This is called gratitude. Start waking up in every morning with full of gratitude.

Read: How to improve productivity in blogging?

I don’t want my desirable thing because I pretend that I have this and this and this. For example, I like to buy a Toyota Prado car for me and my family. Earlier, my thought was confused, so I used to think that would I be able to have a car. Because of this thinking, I saw no progress to achieve my goal.

Now I always think that I have the car in my yard though there’s actually no car yet there. What’s happening is that now I can concentrate on working hard due to having the car because I’m passionate about it and feel that it’s with me. I’m not becoming hopeless and I know that God will surely award me the car for my positive thinking and proper hard work.

So, construct the image of your desired thing inside your mind and then you could see it physically over time. So, your belief can make or break your dream. The reward will depend on the strength of your belief.

When I started my career online, I used to dream and contemplate that I would be in a conference organized for online business owners and late of the last year, I could attend a conference that I’d been dreaming till then. So, it’s you who are bringing those things into your life that you desire.

So, why this happens actually? The reason is that everything is made of energy. The energy travels from one place to another which we can’t see. Our wish is also a type of energy which transfers to our God. So, whenever you think positively, God says yes to your wish and then He prepares that thing for you.

The same way God gives the way we think. All the holy scriptures like Quran, Bible,  other religious books reveal the same thing. A person gets what he does. Thinking is more important than working which we can’t realize most of the time.

We send invisible signals to our God which are our messages, but we don’t know what messages we’re sending to our God because we can’t even realize it.

My wife had to desire to have a cute baby when she became pregnant. She used to visualize a cute baby. To make her visualization more apparent, she kept a nice baby’s picture and used to see it often. You can’t believe that our son became a look-alike of the cute boy. I’m thankful to God as always because I was damn sure that I would be rewarded with a cute baby.

So, what you want and visualize in your mind today will be visible tomorrow. This should be in your belief. This is the fact and that’s why we sometimes see those people on our way whom we think about.

Haven’t you experienced this? I bet you have! Yes, I’m used to seeing some of the people whom I think that I may see them.

Let me clarify this thing to you. I regularly go outside for walking and on my way walking and coming home, I see those people whom I think. Amazing, right? A few days back, I was thinking about Mr. Motiur and while I was coming back home, I saw him coming toward me.

This type of incident happens quite frequently to me. If you now imagine that my walking is your life and the people I’m meeting at the time of walking are your desirable things, then match the scenario with your life.

So, you’re attracting your desirable things. You get negative behaviors from someone as because you think that s/he will or may do the same behavior. If your belief is complex, then you can see different outcomes.

All the most promising leaders in history have a strong belief that people will follow them and eventually they had thousands of followers both at their time and after their death.

Learn about some weirdest websites and have some fun.

If you can change your views on a specific thing, you can ultimately experience a different result. Once I started thinking that I have nothing. So, I couldn’t see anything valuable in my life. My life was gonna be hell. Then I realized to see that yes, I possessed a lot of valuable things.

This was the day when I became the richest man (in my mind) in the world. So, my actions started working according to my thinking. My complexities started removing from my life. I could then see the positive outcomes in my life. It’s getting better and better.

Schewarznegar also says that thinking is more important than working. So, you can see how important your thinking is. Your intention is creating your real world. What you visualize in your subconscious mind will be the real thing sooner or later.

Secret revealed! How I write over 10k words daily!

The power of the law of the attraction is such that you can even stop your diseases doing any harm to you!

If you ask a successful person in any field that did you think that you would get it, s/he will respond like yes, I always believe that.